Paulo Avelino just portrayed himself (Paulo Avelino) in a film with an obsessed fan girl, Jane (Charlie Dizon) by Antoinette Jadaone. While the movie, “Fan Girl” has been catching attention due to the news that it has frontal nudity by the hot Paulo Avelino, the film is not your typical romance film and it has a lot of deeper sense to it, which is actually very close to our reality today.

The movie starts off with Jane (Charlie Dizon) being an obsessed fan girl that she is, sneakily rides Paulo Avelino’s pick-up truck and joins him… until they get to an unfamiliar house and Jane sees an unfamiliar Paulo Avelino that she thought she knew.

So in this review I’m going to write the main themes, feelings and thoughts that I got after watching the movie. That’s how I write reviews. I like movies that make me think after. So, If you’d like to discuss the movie after watching, this blog is perfect for you. This review has spoilers, so if you don’t like to be spoiled, watch out for the warnings.

Before I share my thoughts on the movies’ theme, I would just like to point out that Paulo Avelino is an amazing actor, Charlie Dizon deserves an award for her acting in this film (I felt you girl), the script was brilliant, and the film was really good.

Warning: This review has *some* spoilers. I’ll warn you when it’s near.

Maybe you’ll start watching this film and say, why would a girl cut classes and ride a car going to somewhere she doesn’t know, just for her idol? It’s too much, isn’t it? But haven’t you checked yourself if you haven’t been obsessed because of your kpop idol, or your happy crush that you bought a lot of things just to support your idol, or said yes to an activity just because he’s going there, or went somewhere just to see your crush? You see, obsession and blind fanaticism is not far from reality for all of us. In fact, it is widely happening, just at different levels.

But what is the reason for being obsessed? When Paulo asked Jane why she’s a fan, she just says because he is handsome and has good acting skills… but that’s just on the surface, right? She doesn’t really know him although she thinks she does. That’s not far from how many of us become obsessed and follow our idols and crushes blindly just because… we liked them. Notice how she tries to defend Paulo to other people when she doesn’t really know what’s happening to Paulo.

Being dragged into bad activities just because…

There are scenes in which Paulo teaches Jane to drink beer and smoke cigarettes even though she’s a minor. Jane lies about being not a kid, and even proceeds to drink and smoke though she stated that she’s 16. Why did she do this? Well, just because she was a fan and she wanted to please him somehow. You see this commonly happens to most of us. We get dragged into activities that we shouldn’t do (like disobeying our parents, going to parties, drinking) just because our idols, crushes, or even friends want to do it. We even go on defending the bad activities of our idols and crushes because — we like them, right? That’s wrong. I think we should learn from this movie that it’s not okay to do things just because of our idol. We should still hold onto our moral values.

<major spoilers ahead — but I think you were expecting this>

Was it rape? Or did SHE want it?

Okay. Major spoiler, so I’m confirming that there was nudity in the film and that there’s a sex scene in between Paulo and Jane. When I was watching the sex scene, I felt a lot of mixed emotions. Paulo starts off by kissing Jane, and as an innocent 16 year old fan girl, she just stares at Paulo, very dreamy… imagine your ultimate crush finally kissing you… and when the scene builds up it gets harder. I felt how Jane feels in this moment. At first it’s “wow oh so dreamy” but as it goes on you don’t really know what’s happening, and you don’t really know what you have gotten yourself into. Jane could be on a high after that, but she’s just really clueless and the gravity of that situation and act wouldn’t hit her until after a while.

So the question is, was it rape or did she want it? I think that’s what Jane asks herself too. You see, that’s the problem with rape and having sex before you can properly give consent. First, how do you know if you’re being raped if you don’t know what’s happening, you’re too young, and if no one taught you properly about sexual education, consent and everything important?? You won’t. Did she want it? You may say she did because she was fantasizing when she saw Paulo that night. But, again, she didn’t know what’s about to happen if Paulo had sex with her and it’s possible consequences, so how can she say that she fully wanted it? So for me, even though she did not say any yes or no (she wasn’t asked), it doesn’t mean that she consented, she may have possibly been frozen because of her obsession.

See that’s the problem with rape. Women end up doubting if they were raped or if they wanted it, and most of the time, people just put the blame on the woman for being raped just because of her clothes or her actions. Another problem with rape is the statutory rape’s age of consent is very young (just recently raised to 16). At the age of 16, you’re expected to be able to give consent to having sex. But, were the youth taught of proper sexual education, and sex’s mental, emotional, physical, and even possible financial consequences? I don’t think so. So how can they give proper consent?

Being naive in love

Because of all the things we see in TV and media, many young people think that a person loves you because he kissed you, had sex with you, or just because of some quote you saw on a movie/talk show or in Twitter. Who teaches us what real love is? Some would say, the family, but what if you came from a not-so-loving family? How will you know if a man truly loves you? Just because this man treats you better than the old one, is that it? I realized many of us are naive in love and we just learn once we have experienced it. But, what if your first experience is terrible and there’s no undo? How can the youth learn?

This is a very good line, and I feel it portrays how many men see women. Many men see women as whores, their escape once they want something, or as their servants.. This really has to be changed. Men should value women (and all gender) as their equals. Women are not inferior to men, or weren’t born to be their servants to follow them on whatever they want to. Men should respect women.

What happens to the girl after?

What disturbs me after the movie is what happens to the girl after that painful experience? (Okay I won’t spoil the ending). Many people go through painful experiences and most of the time, they just cope up continuing the bad things they have learned from that experience because that’s how they get comforted. However, I do hope that after we learn that what we’re doing is wrong, or what we’re idolizing is not good, and our obsession is blind-sided, may we choose to do the right thing.

Please watch the movie “Fan Girl” (2020) by Antoinette Jadaone, starring Paulo Avelino and Charlie Dizon. You can watch it via Gmovies / Upstream. Enjoy!

Please share your thoughts in this film in the comments section below. Also, please share this review and let’s discuss more about the film. Thanks!

I am a traveler and adventurer. I write about my travel experiences and adventures. I also write itinerary tips. As a traveler, I love going to the ocean and to old cities. I also love films and I like writing movie reviews especially for Filipino films and other interesting films. View all posts by Elise

7 thoughts on “Fan Girl (2020) Review: Obsession Not Far From Reality” 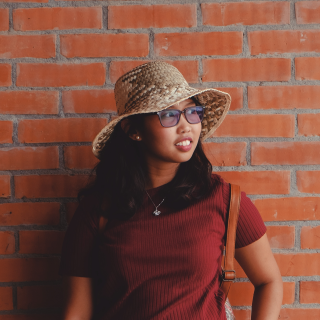 I am a traveler and adventurer. I write about my travel experiences and adventures. I also write itinerary tips. As a traveler, I love going to the ocean and to old cities. I also love films and I like writing movie reviews especially for Filipino films and other interesting films.